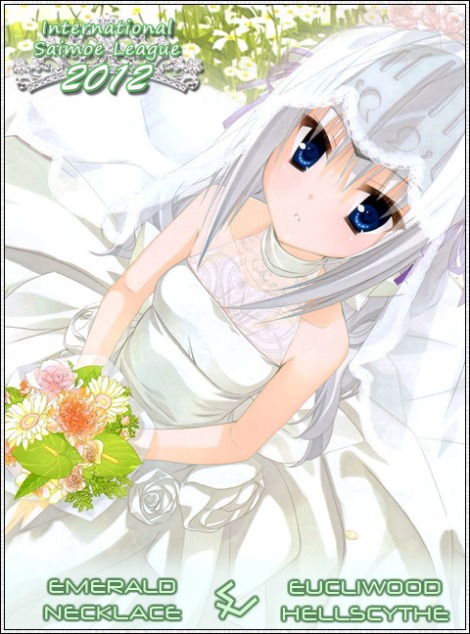 Ok so first of all I would like to thank an ISML staff for actually commenting and thanking me on twitter for blogging about ISML. I am thankful for that and will try my best to churn out better posts about results as saimoe grows. His thanks also prompt me to include a section known as ‘Personal Take’ after my general impression of the results or previews as I think this would be more fair and not be overly biased towards any characters I like more then others. The Personal Take section would be like my personal opinion and mini campaigning for my characters that I like.  It’s an experiment for now so it may change if it does not work out. In the mean time please do support me!

Okay so let’s move on with the results. Eucliwood nailed a third necklace for Nova and hence 2012 is really shaping up to be a year where Nova top tiers seem to win it all this time round. Of course there’s Kanade and if not for the new necklace rules I would think she could eclipse Shana’s record number of necklaces. However none of them had any head to head matches this year yet (Nova VS Stella) so it could actually prove interesting in the ever closer Post Seasons.

K-On!! did well by reaching necklace match after missing several times but once again vote splitting killed their necklaces chances. It’s always possible vote splitting may not have occurred but having 2 of their Aces in the necklace match is not a good strategy anyway as numbers in Multi Way Votes tend to be detrimental than useful.

One surprise is Haruhi whom secured the second most amount of votes which was surprising.  SOS girls in this season seem to experience power peaks every now and then just like how Yuki managed to peaked during Amethyst. Good fight by her but her SDO was too low to overtake Eucliwood in the end.

Shana didn’t do so well in this necklace match but her low SDO and her aim of getting all DIFFERENT necklace (Topaz) may had hurt her chances anyway so no surprises there.

So Emerald has proved to be interesting with Shana unexpectedly falling to Mio in Emerald 7 and Mikoto once again rising to Number 1 seed after defeating Taiga in Emerald 7 too. Looks like her loss to Yuki in Amethsyt 7 served as a wake up call for us supporters or maybe she just had to face Yuki during her strongest period. Whichever the case Stella has no undefeated contestants now and Kanade look as strong as ever in Nova with almost no challenger now. Perhaps she may fall yet again in Post Season but given the shock exit last year I doubt that will happen this year. With only 1 Period remaining the race for the last slots in top 16 is getting tighter and some may get in and of course this means some will get left behind after Topaz 7 concludes.

One major disappointment this year is Akemi Homura from the much heralded PMMM series. For all the hype and nominations, she is all but out of the Top 16 race. Kosaka Kirino may had been last year’s disappointment after securing #2 in nominations but she did not do so badly either in 2011. Perhaps Homura will face a revival next year and be featured in the Top 16. Whichever the case the last jewel of saimoe – ISML – is gone from PMMM clasp and they will not be able to match K-On’s spectacular sweep of all 3 moe contests in 2010.

Once again thanks for reading and please continue to support Mikoto and Charlotte! With the last period to go I am already LOOKING forward to the Post Season’s videos for this year. Hopefully they will be back this year after absence of them in 2011.

And as usual a picture of the one who won the ornament exhibition match. Kasugano Sora won and I am expecting alot of hate already. (It’s really beautiful though IMO) 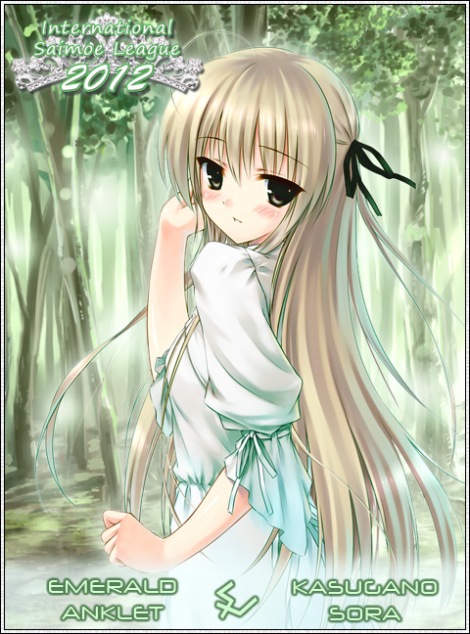